After arriving late in the evening on Friday in our hotel, we got up on Saturday pretty early (to beat the heatwave, because in Egypt even winters are above 30°C).

Djoser was a pharaoh of the 3rd dynasty during the Old Kingdom (27th century BC) and is buried in the step pyramid at Saqqara. One of the most famous contemporaries of king Djoser was his vizier, “head of the royal shipyard” and “overseer of all stone works”, Imhotep, who was the architect of his pyramid. The step pyramid is made of limestone. It is massive and contains only one tight corridor leading to the close midst of the monument, ending in a rough chamber where the entrance to the tomb shaft was hidden. The pyramid is the central feature of a vast mortuary complex in an enormous courtyard surrounded by ceremonial structures and decoration.

This text was taken straight from the Wikipedia of Djoser and the Pyramid. I will do this for most places I visited, because this is easier to convey its background and to make sure I don’t make any mistakes. 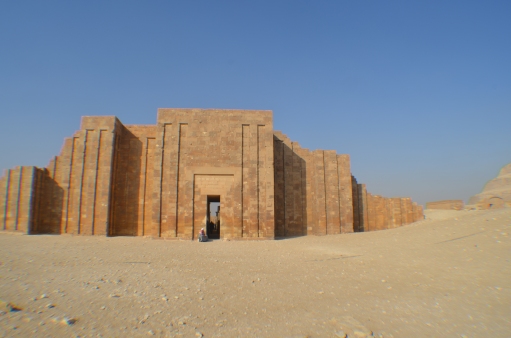 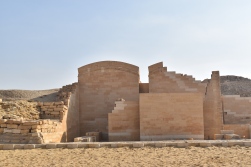 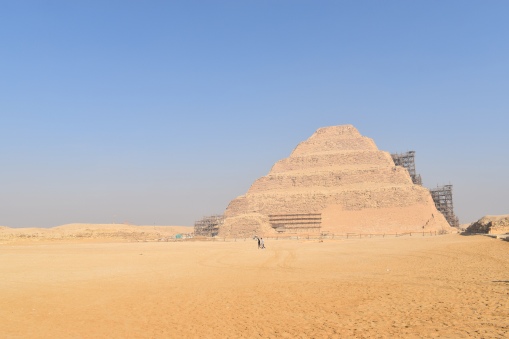 During our visit to this wonderful complex, we got our first contact with the Egyptian population. Egypt is still a third world country and poverty reigns supreme. Also, due to the ‘dangers’ in Egypt, every touristic spot is guarded by armed men. In our first trip this was a bit scary, but we got used to it pretty fast. Note that I put ‘dangers’ in quotation marks. In Western media, Egypt is portrayed as a dangerous country with lots of terrorist attacks. This may be true in the Eastern Sinai dessert, but the areas and cities around the River Nile are mostly safe. I don’t want to say they are entirely safe, because you never know what may happen. But all touristic areas are very well guarded.

Now back to the poverty. Everywhere in Egypt you see beggars and people selling wares. If you have a good guide he will tell you from the start to ignore them. And that is a very difficult task. Our guide told us to be blind and deaf to them, don’t say anything, don’t even make eye contact because you won’t get rid of them. This is a skill you need to learn and during our visit to Saqqara I didn’t pick up any levels in this skill yet. So I got talking to a guy with a very cute donkey. He asked me for a cigarette and I thought “What’s the harm in that?” Apparently a lot. He than asked to take some pictures of me with the donkey in front of the pyramid, in exchange for the cigarette I gave him. 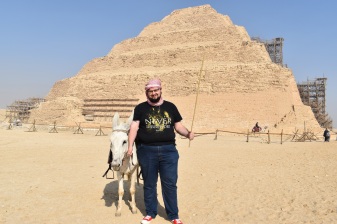 After he took like 10 pictures with my camera (which felt very uncomfortable to give up), he started asking for money. I gave him like 1 or 2 euros and all of a sudden another guy came begging. He even asked some money for the donkey. By the end of that, I lost like 6 euros, which doesn’t seem like a lot, but to them it is. For comparison, apparently 2 loafs of bread in Egypt cost 1 Egyptian pound and 1 euro is about 21 or 22 Egyptian pounds.  I got some very cool pictures out of it, but it still was a weird and uncomfortable experience.

After the pyramid, we visited some other tombs of people (pharaohs or other dignitaries?) which I won’t include here, because I don’t really remember who they were and to make this post not too long.